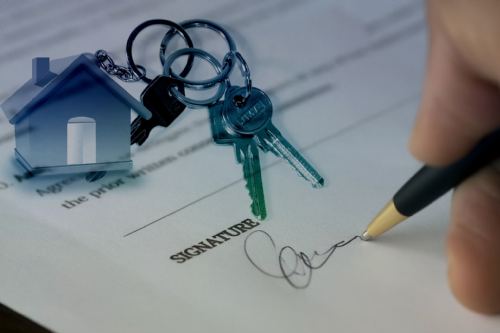 House prices continue to rise across the UK in June, according to the latest Residential Market Survey, from the Royal Institution of Chartered Surveyors (RICS).

But, suggests the research, the pace of growth is slowing amid fewer new buyer enquiries which is impacting sales.

The new buyer interest net balance slipped for the third successive month, with - 27 per cent of respondents reporting a fall in interest from would-be buyers.

Interestingly, London appears to be a little more resilient as + seven per cent of respondents reported an uptick in enquiries in the past month.

An easing in demand from new buyers has seen the volume of sales over the month dip for the second report.

Some - 13 per cent of respondents reported a fall in newly agreed sales and, as they look ahead, - nine per cent anticipate a fall in transactions for the coming three months.

Anecdotally, respondents are preparing for the economic changes to make an impact with many suggesting that the market is starting to cool off.

The lack of new stock also continues to hamper market activity, with the picture across the UK more of less flat regarding new properties being listed for sale.

Moreover, respondents are reporting little change in market appraisals compared to this time last year, suggesting the tight supply backdrop is unlikely to change drastically in the short term.

It is the lack of stock that means that house prices continue to drift higher despite the recent cooling in demand.

This month + 65 per cent of respondents cited an increase in house prices.

This is down from the recent April high of + 78 per cent but is comfortably above the long-run average of + 13 per cent.

Looking at the competitiveness of the current market, 50 per cent of survey participants report that average sales prices are coming in above asking prices for properties listed at up to £500,000.

For properties priced between £500,000 and £1 million, 39 per cent are seeing the sales price beat the asking price.

For properties listed at over £1 million, the picture is a little different, as respondents are seeing that the sales price for properties are coming in slightly below the asking price on balance.

In the lettings market, rents are forecast to rise, due to the continued imbalance between supply and demand.

This month + 36 per cent reported an increase in tenant demand and - 11 per cent saw a fall in the number of new landlord instructions.

This is resulting in + 52 per cent of respondents predicting that rents will be rising over the coming three months.

RICS chief economist, Simon Rubinsohn, says: “Pricing across much of the housing market remains resilient for now with a shortage of stock continuing to be a feature highlighted by many respondents to the survey.

“Although buyer enquiries have predictably slipped a little of late, this needs to be placed in the context of the healthy level of demand in previous months.

“A probably even more striking aspect of the latest report is the concern being voiced about the rental market.

“A combination of a lack of social housing development allied to more onerous changes in the private lettings market is exacerbating the imbalance between demand and supply leaving the rent expectations metric pointing to further strong growth in the midst of the worsening cost of living crisis.”

Jonathan Hale, head of government affairs, UK and Ireland, said: “Regardless of who is set to become the next PM, and indeed how their cabinet will look, housing needs to be prioritised.

“RICS has long called for planning reform and greater deployment of modern methods of construction to support an increase in housing supply.

“The latest survey points to a further decline in housing availability and rents in the lettings sector show no signs of falling.

“Any future government agenda needs to look to expand the owner occupied, social housing and the private rented sector, and not just limited just to new builds.

“Increasing housing supply should encompass optimisation of existing and empty housing stock and should include a target for the number of affordable homes constructed utilising the RICS Standard for the Valuation of Land for Affordable Housing to support the assessment.”