To create additional accommodation on two levels in the village of Flax Bourton.

This was a two-storey cottage, which the clients hoped to remodel and extend on two levels. Although it had character, there were also several added features that were incongruous, including a garage, previous first-floor extension and a 1980s’ conservatory.

The idea was to remove the garage and conservatory, while also redesigning and extending the house. The clients were keen to improve the bedroom arrangement and create additional living space, as well as a fabulous kitchen dining area to suit a growing, young family.

One of the main challenges was working out how to avoid removing one of bedrooms to allow for additional corridor and stair space while also creating a new bedroom. To solve this issue, the redesign of the stairs took a lot of working out but eventually proved key to the final overall plan.

It was important to the character of the property to retain the hipped gable feature to the west side of the house and to repeat it on the east side. This enabled removal of the ugly extension with the new areas reading as seamless additions to the original structure 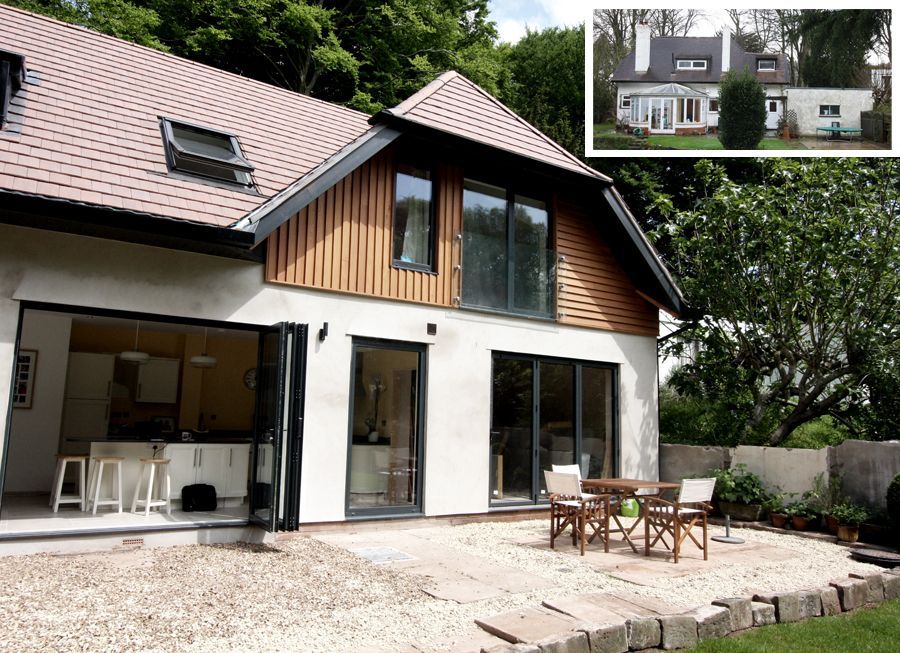 From the design perspective, the planning process went smoothly but problems did arise when it transpired the house sat on a flood plain. Howie Architects was able to assist with this, however, and the plans were approved.

Another interesting feature of this two-storey extension project was that all the returned builders’ tenders came in over budget. As an experienced architect, I was also able to step in at this stage to help with value engineering and align the desired design to the available budget. 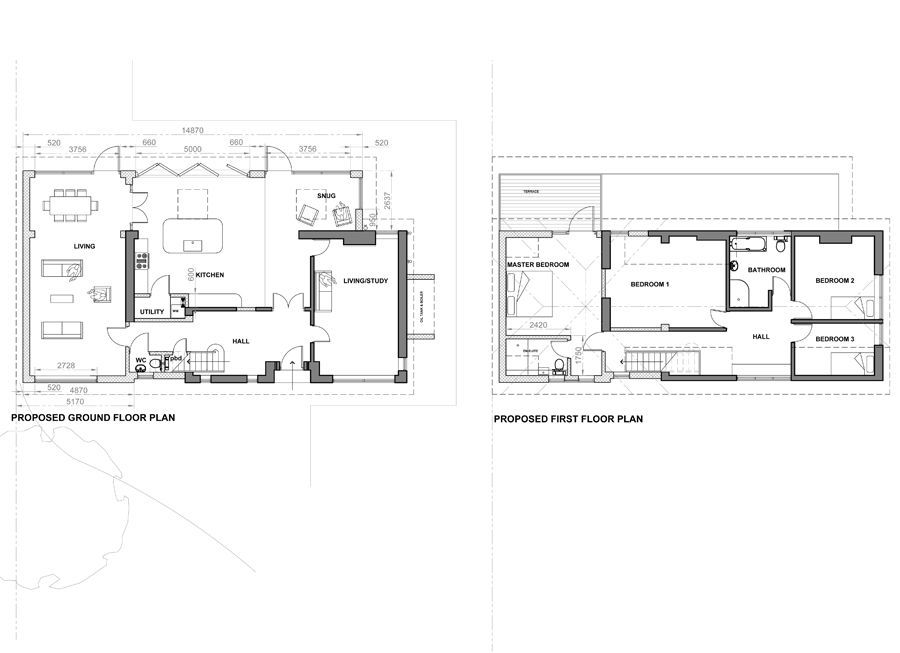