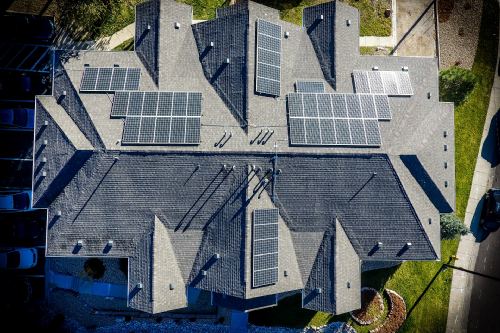 The energy price crisis and the need to deliver on net zero commitments emphasises the urgent need for a retrofit strategy, according to the Royal Institute of British Architects (RIBA).

The professional body for architects has reacted to the Independent Assessment of the UK’s Heat and Buildings Strategy by the Climate Change Committee (CCC).

The UK government’s Heat and Buildings Strategy has laid out important high-level decisions on the country’s approach to reducing emissions from heating buildings.

The priorities now, according to the CCC, are:

*To build on initial proposals for critical enablers such as skills, information, finance and governance

*To strengthen the coordination of the UK strategy with devolved and local plans; to take major strategic decisions, particularly addressing the relative costs of electricity and gas

*To move forward rapidly with the large number of planned consultations and policy papers over the next year, ensuring promising proposals become concrete and timely policy

“The worsening energy price crisis and the importance of delivering on net zero commitments emphasise the urgent need for a well-funded national retrofit strategy that incorporates incentives such as adapting existing tax mechanisms.

“The CCC also rightly points out that the government is yet to address the issue of embodied carbon in new builds – crucial to reaching net zero, and something we have long been calling for.

“Four months on from COP26, I hope this report reminds the government of its stated commitment to push forward the climate agenda and act as a world-leader in tackling the challenges we face.”