A double win for Norwich 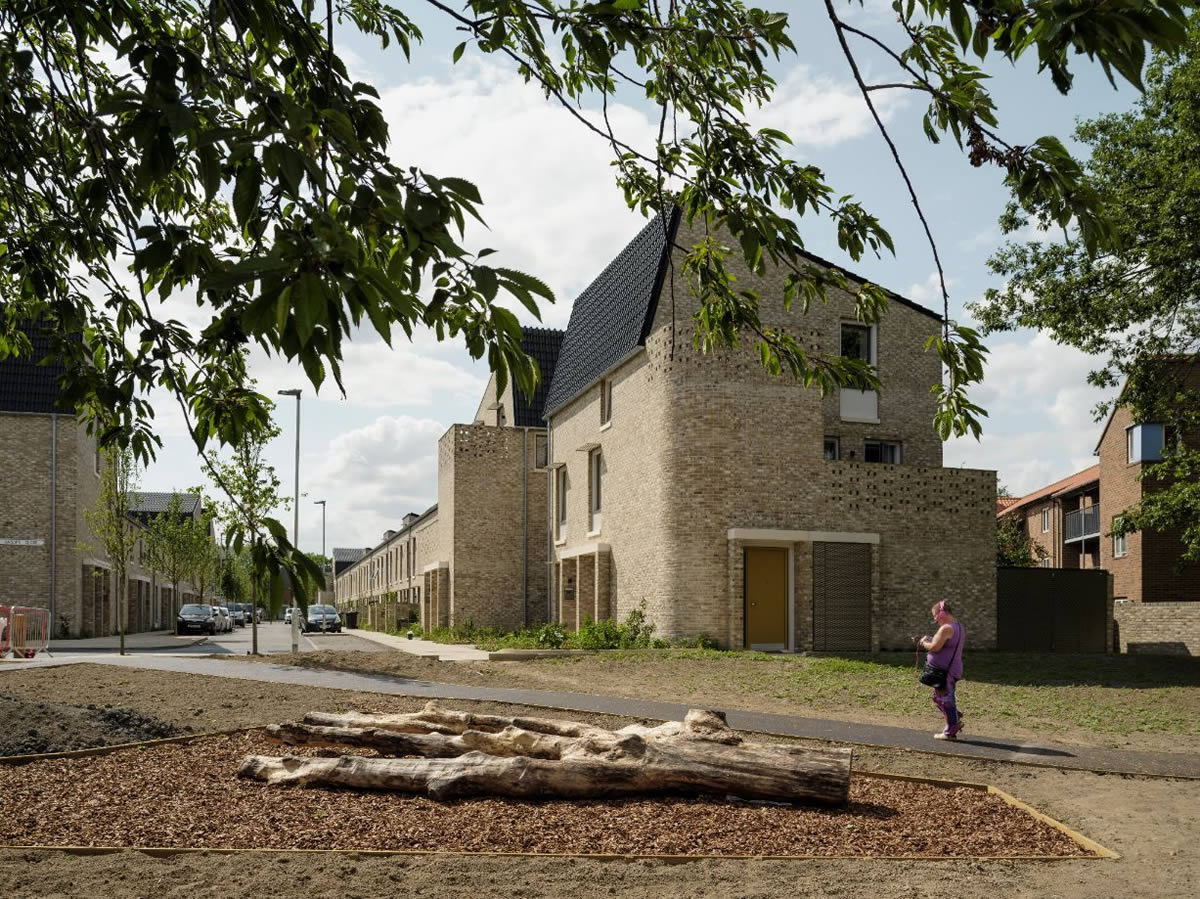 Goldsmith Street in Norwich has won the 2019 RIBA Stirling Prize and the inaugural Neave Brown Award for Housing.

Awarded by the Royal Institute of British Architects (RIBA) the annual Stirling Prize is given to the UK’s best new building, while the Neave Brown Award recognises the best new example of affordable housing in the UK.

In contrast to the higher-rise flats dominating the surrounding area, it is arranged in seven terrace blocks, modelled on the Victorian streets of the nearby Golden Triangle.

Rows of two-storey houses are bookended by three-storey flats, each with their own front door, generous lobby space for prams and bikes, and a private balcony.

The back gardens of the central terraces share a secure alleyway for children to play together, and a wide landscaped walkway for communal gatherings runs perpendicularly through the middle of the estate.

Parking has been pushed to the outer edges of the development, ensuring that people own the streets, not their cars.

It is a passive solar scheme, designed to minimise fuel bills for residents.

To maximise solar gain, all homes face south and every wall is over 600mm thick, and the roofs are angled at 15 degrees to ensure each terrace does not block sunlight from homes in the street behind.

“It is high-quality architecture in its purest most environmentally and socially-conscious form. Behind restrained creamy façades are impeccably-detailed, highly sustainable homes – an incredible achievement for a development of this scale.”

They added: “Goldsmith Street is a ground-breaking project and an outstanding contribution to British architecture.”