To convert and extend a bungalow, Taverham

This was a fascinating project to be involved with as it required a radical approach both inside and out. The single-storey property was located in Taverham, on the outskirts of Norwich, and sat in a large plot.

It was a bungalow, which dated back to the 1970s or 80s, and was typical of its era in its design. When I became involved, the client had been tempted to sell it on – and had even engaged an estate agent.

However, as a last throw of the dice, he invited me to look at it and consider its potential for conversion and extension. Internally, he was very keen to introduce as much open-plan living space as possible and hoped to be able to achieve space for a full-size snooker table. Externally, just as importantly, he wanted to transform the appearance of the bungalow, bringing in elements of American pavilion-style house architecture.

The project presented a number of challenges for me as an architect: one option I considered was, in fact, demolishing the existing house and rebuilding from scratch.

Ultimately, however, I looked at using a split pitch with clerestorey. This had the advantage of spanning the new extended footprint while keeping the ridge height as low as possible. It also introduced natural light to the centre of the extensive open-plan living space.

Adding a blue brick chimney introduced a strong visual element and contributed to the creation of a dramatic and very contemporary overall look.

In consultation with the client, we also added a hipped gable at the front and back of the property to distinguish between the main entrance and rear opening. This also served to break up the long eaves line. 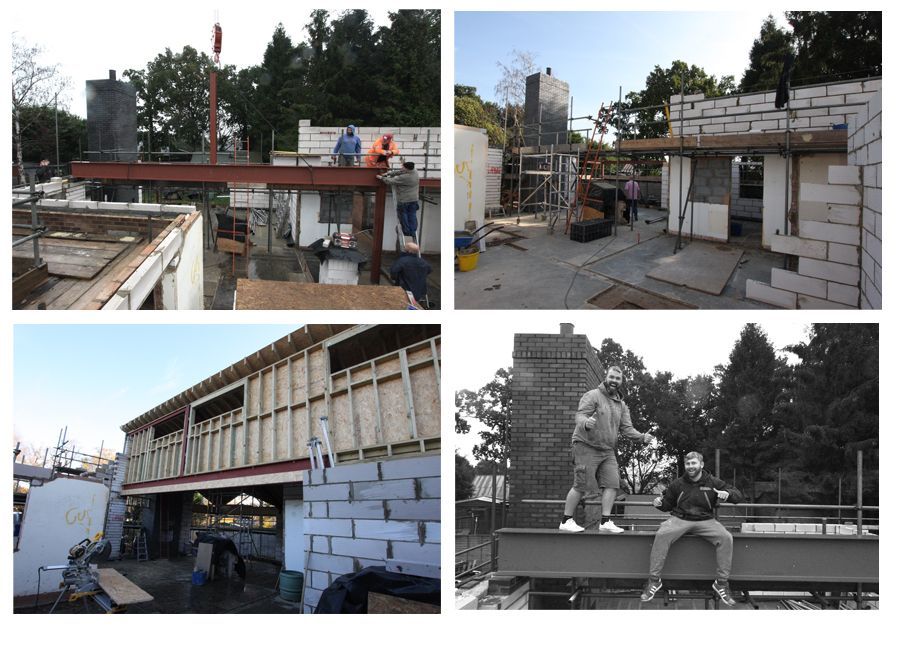 The planners were very welcoming of the design and cited the proposal as an exemplar of how they wished to set precedence for treatment of other similarly styled property of this age.