How to save energy when you use household appliances 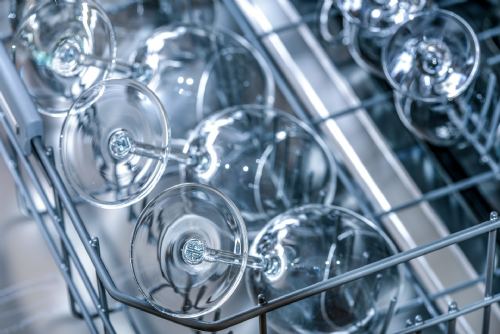 Households can reduce their utility bills by over £500 a year by making small changes to the way they use their household appliances, according to the Association of Manufacturers of Domestic Appliances (AMDEA)

Its Know Watt’s What campaign highlights that by simply always using the eco-cycle on washing machines and dishwashers, consumers can save an average of more than £90 a year.

Taking a similar approach to the savings offered by all their essential appliances, householders can reduce their average annual bills by around 20 per cent explains AMDEA.

Other tips include saving an average:

*And a surprising £280 a year on a twice-weekly cappuccino fix if you dust off your coffee machine to be your own barista and make coffee at home!

The advice comes as consumers brace for higher energy bills this winter.

An appliance survey for AMDEA found that although 57 per cent of the washing machines in households offer the programme and 32 per cent of dishwashers, have this technology, less than one third (29 per cent) of these machines are always used on this setting.

Manufacturers’ performance criteria indicate that simply pressing the eco button instead of other alternatives means average household washing bills would drop by up to £54 on laundry and £37 on dishes, for at least 16 million washing machines and 4.6 million dishwashers that have eco-mode.

AMDEA chief executive Paul Hide says: “Millions are missing out on the money-saving potential that that the sustainable technology in-built in their appliances can provide.

“Our industry experts are keen to show householders – facing current pressures on the cost of living – that today’s fridges and washing machines can do a great job using a fraction of the energy and water needed a decade ago.

“Know Watt’s What is the coming together of industry advice to householders on how to purchase, use, maintain and repair appliances, with reducing energy use as a priority.”

Remarkably, despite deep public concerns over energy prices and the cost of living, when buying a new appliance, people’s primary consideration is still the purchase price tag rather than the running cost.

The survey showed 34 per cent thought the purchase cost extremely important versus 27 per cent for energy efficiency.

To guide potential buyers to a better long-term decision for their pockets, Know Watt’s What also includes a lifetime savings calculator according to energy rating.