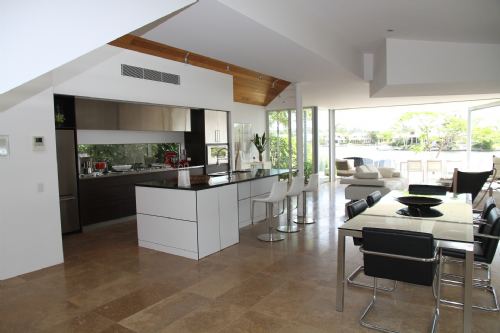 What is top of your wish list when you search for your new home?

Or are there features you hope to add through remodelling, extension or conversion work on either your existing property or the one you are planning to buy?

New analysis from the Rightmove has highlighted which home features have grown the most in popularity in recent years.

Based on the number of agents advertising them as key selling points, the property portal suggests garden offices, bi-folding doors and open-plan living all top wish lists.

According to the site, garden offices top the list, with the proportion of property listings that mention them now 11 times higher than 10 years ago.

Bi-folding doors are second on the list, up by a huge 589 per cent compared with 10 years ago, followed by orangeries (up 173 per cent) and underfloor heating (up 114 per cent).

Summer houses are in fashion, up by 90 per cent, while greenhouses appear to be on the way out, down by 46 per cent.

As concerns about the environment climb the priority list, the number of new property listings now mentioning an electric car charging point has increased sixfold compared with a year ago.

The findings also suggest homeowners could be ditching separate dining rooms for more modern open-plan options, with dining rooms being mentioned in property adverts down by 28 per cent, while open-plan rooms are up 74 per cent.

The decline of the dining room may also be down to more people converting this room into a home office, however.

Conservatories and fitted wardrobes are the other features dropping in popularity according to agents’ property listings.

Tim Bannister, Rightmove’s property expert, says: “Agents and developers have their finger on the pulse when it comes to the home features that will attract suitable buyers.

“Where dining rooms and fitted wardrobes may not be as important to some potential buyers compared with 10 years ago, other features like an outdoor office space have soared as working patterns have changed, and the findings indicate a move towards greener features too.

“With outside space coming at such a premium, it may be that homeowners are ensuring what they build outside can be used in a number of different ways.

“For example, summer houses and orangeries are likely to have fewer or smaller windows than conservatories, and so can more suitably double up as home offices during the week and entertaining spaces at the weekend.”