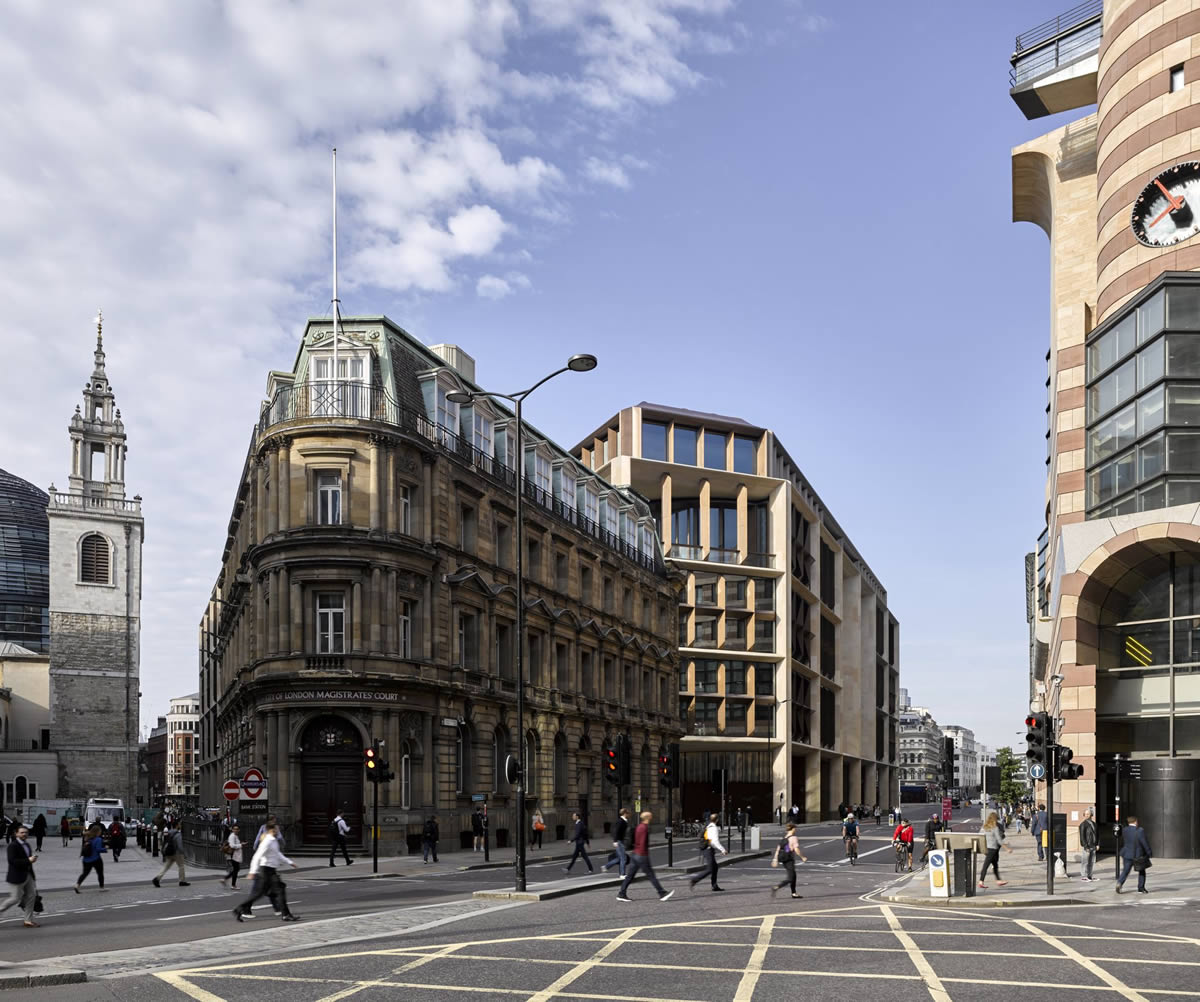 The Royal Institute of British Architects (RIBA) has awarded the 2018 RIBA Stirling Prize to Bloomberg, London by Foster + Partners.

The prestigious annual prize is awarded to the UK’s best new building.

Bloomberg’s pioneering new European HQ has been credited as the world’s most sustainable office and is thought to be the largest stone building in the City of London since St Paul’s Cathedral.

With a restrained exterior and dynamic interior to encourage collaboration, Bloomberg is comprised of two buildings connected by a bridge.

Each sits either side of a new public arcade, which re-establishes an ancient Roman road.

This complex scheme also incorporates new access to Bank Underground station, cafés and restaurants, and a museum displaying the Roman Temple of Mithras, which was discovered on the site 60 years ago.

Three new public spaces open-up this area of the city and the sensitive, handcrafted sandstone exterior and bronze window “fin” details ensure the building sits comfortably within its surroundings.

“The creativity and tenacity of Foster + Partners and the patronage of Bloomberg have not just raised the bar for office design and city planning, but smashed the ceiling.

“This building is a profound expression of confidence in British architecture – and perfectly illustrates why the UK is the profession’s global capital.”