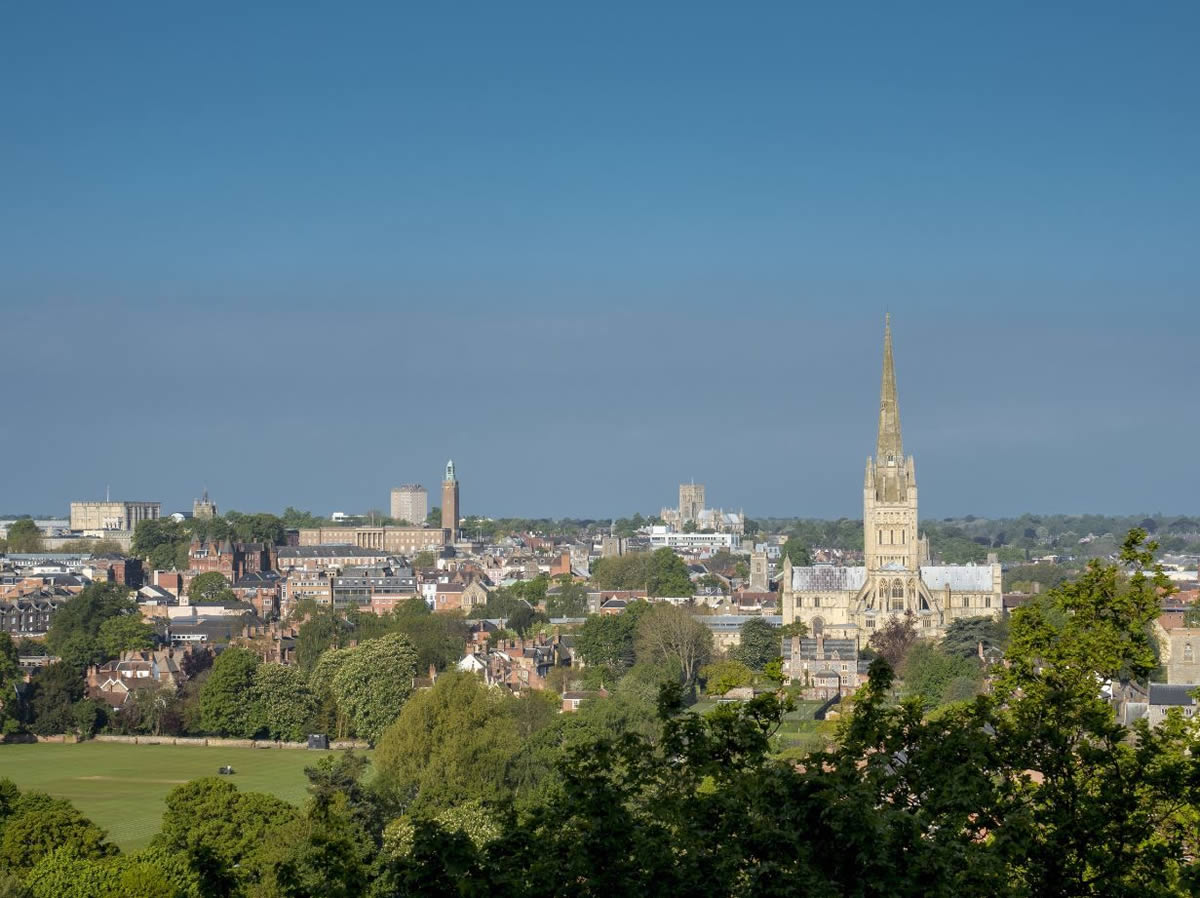 Regularly topping “best place to live” lists, Norwich is widely considered one of the UK’s most desirable cities in which to buy a home.

Not only does it embrace a wealth of history, culture and modern amenities, but it also offers a spectrum of property types, at a range of prices.

In the city centre, for example, you’ll find historic buildings which have been converted into chic apartments, as well as former office buildings that are now modern flats for young professionals.

The Golden and Silver Triangle quarters offer Victorian and Edwardian properties, everything from studio flats in period blocks and charming terraced cottages to town and detached houses.

Further away from the city, house hunters find airy, spacious 20th century properties: bungalows and detached executive homes with gardens, for example, as well as new and older developments offering everything from starter houses to five and six-bedroom dwellings.

As in any city, prices vary depending on location, property type and condition but Norwich seems to have that magic combination of other factors that keep it popular, including good schools, plenty of parks and a sense of leafy living.

Geographically, and without a direct motorway connection, it might seem more remote than other British cities but it is now just two and a half hours by road from London.

It has a mainline rail link to the capital, which is due to become faster by 2020, with some journeys then taking just 90 minutes.

There is also a central bus station and the city even has an international airport, with daily flights to Schiphol, as well as other European destinations.

The city is surrounded by spectacular scenery, from the beautiful Broads to areas of countryside and forest.

The nearest coast to Norwich is just half an hour by car: Norfolk offers a magnificent choice of different beaches, from those suitable for family days out to great expanses of marsh and sand for walkers and bird-watchers.

The city itself, which is famed for its Norman cathedral and castle, offers a perfect balance of historical beauty and modern day convenience.

It was the focus of a recent episode of Channel 4’s Britain’s Most Historic Towns and still presents an array of architecture, much of which dates back to the Medieval era.

It has an abundance of art galleries, cinemas, theatres and music venues, and plays host to a number of festivals and events.

It is renowned for its major shopping areas, which include smart centres with high street names, as well as cobbled lanes and back streets of independent shops.

As Norwich moves further into the 21st century, it just seems to become more and more sought after as place to live.

It is popular with those moving out from London, who are seeking to improve their quality of life, and it is attracting young people keen to raise a family in a safe city.

As a location in which to find your next home, it seems to offer the best of everything.